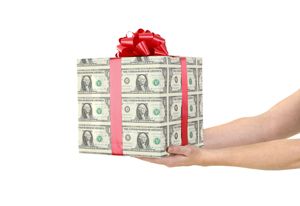 “Black Friday” and “Cyber Monday” are almost here. The days leading up to these great consumer events have adopted a yearly ritual of sorts. The ads from big-time electronic, toy and clothing stores are released online a few weeks early, and made available by websites dedicated strictly to these sale days. Then, those ads arrive in our Sunday newspapers and finally, on our TV’s. These deals, and the desire to have the items advertised, is then brought into the school and discussed among peers. Allison Pugh, assistant professor of sociology at the University of Virginia, found that two major product “gimmes” by children are those derived from advertisements themselves, and a desire to expand their social level at school.

According to Sarah Estes Graham, in her online article Material World, “17 billion is spent on advertising targeted to children.” Mind you, this was an article written in 2009. We could safely add a few billion to that number, maybe even more. Kids naturally get excited when they see a bright shiny toy being displayed on their television screens. The ads work. Pugh relates that advertising is the first type of “gimme.” Because only 20 percent of households adhere to media control, Pugh suggests that “families have to set media limits and stick to them.” Even though the internet has a far better reach than we ever anticipated, website restrictions can also be enforced. It’s really up to the parent to institute such guidelines.

The second “gimme” is based on a child’s innate desire to fit in at school. Pugh states that because parents want to help their children “achieve a kind of dignity among peers” the act of saying no “will keep their children from belonging or make them feel different.” While a child’s identity is being built up and influenced by their friends along the way, it’s a normal feeling to want to belong. But, that need to fit in can lead to some unfavorable outcomes. Materialism, according to Pugh, “has been associated with negative outcomes like anxiety, depression and low self-esteem.” These conditions, unfortunately, can last far longer than the holiday season.

According to The American Psychological Association, advertising should be restricted to “children under the age of 8 because they are often unable to identify bias and are extremely vulnerable to persuasion.” Moreover, the APA found that “an average first-grader buys or receives 70 new toys” yearly. That’s a great deal of toys. Frankly, that’s a great deal of anything in a year. Pugh gives lasting advice to help curb feelings of social difference and overspending: “setting a budget or saying no might help parents realize that they are acting as a caring parent, not a pitiless authoritarian.” Saying no sounds so easy, yet it can be the hardest thing to say to an eager child. Instead of “Black Friday” and “Cyber Monday,” someone should adopt a “saying no more often” phrase. It could be the best thing for a child in the long run.

This online article, Material World, and others can be found at the University of Virginia Magazine website.

For a more in-depth analysis of consumerism effecting both parent and child, you can check out Allison Pugh’s book, Longing and Belonging: Parents, Children and Consumer Culture.