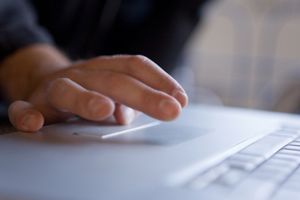 As parents, have you often thought that you were damaging your child by exposing them to television or tablet use? Moreover, have you worried that because they are active television and tablet users, their brain would not develop normally, or “turn to mush”? You can rest easy, parents. According to ZERO TO THREE, with the help of Rachel Barr, director of the Georgetown Early Learning Project, screen viewing does not, in fact, turn their brains to mush. Instead, they suggest that “screen media can become tools for learning if two critical factors are taken into consideration: content and context.”

The best way to be active in screen viewing is to monitor overall use, manage age-appropriate content, and most importantly, participate! ZERO TO THREE notes that parents “can talk about what they see on the screen the same way they would with a picture book” and “once the screen is turned off, parents should draw connections between the ideas, words and objects seen on a device to the real world.”

Childhood obesity has often been linked to screen viewing. To help counter this issue, ZERO TO THREE recommends that parents avoid allowing their child to sleep and eat in front of a television. Further, according to a Boston Medical Center study, the more parents allowed devices during a meal, “the more kids acted out.” Try to separate family time from television time—so-called background “white noise” has been documented to hinder a child’s development.

This article was written with the assistance of ZERO TO THREE. Check out their very helpful resource Screen Sense: Setting the Record Straight—Research-Based Guidelines for Screen Use for Children Under 3 Years Old

You can find this, as well as other helpful early nurturing tips at ZERO TO THREE